Are war clouds gathering in Asia? Will China make good on threats to invade Taiwan? What would this conflict mean for America and the world? Exposing internal Chinese military documents and restricted-access studies, The Chinese Invasion Threat explores the secret world of war planning and strategy, espionage and national security. From a historic spy case that saved Taiwan from communist takeover to modern day covert action programs, and from emergency alert procedures to underground coastal defense networks, this is the untold story of the most dangerous flashpoint of our times.

“Unthinkable? Think again. Ian Easton has done a remarkable job taking the PRC at their word. Using PLA manuals and publications, this Project 2049 Institute study shows that China is prepared to invade, intimidate or interdict. This is a scholarly work which most China hands would like to overlook. No longer can they do so. Well done, Mr. Easton.”

“A powerful and thought-provoking study helping policy makers as well as experts reshape their perceptions and analysis … in an ever changing and dire Taiwan Strait. It is a must-read book for those who hold power to protect Taiwan as a beacon of democracy.”

Unthinkable? Think again. Ian Easton has done a remarkable job taking the PRC at their word. Using PLA manuals and publications, this Project 2049 Institute study shows that China is prepared to invade, intimidate or interdict. This is a scholarly work which most China hands would like to overlook. No longer can they do so. Well done, Mr. Easton.

Argues persuasively that the risks of conflict in the Taiwan Strait lurk on the horizon. Persuasive and in places controversial, Mr. Easton sets out the case that armed conflict has not been made irrelevant in the Western Pacific even with the closer economic ties between China and Taiwan. An unsettling but necessary read for students of Asia.

Ian Easton has done an enormous amount of research in both Chinese and Taiwanese sources about a potential military conflict across the Taiwan Strait. While I disagree with many of his assertions … I found myself interested in his citations and often challenged by his assertions. Whether you agree with his conclusions or not, it is worth reading this serious examination of the reality of a Chinese invasion of Taiwan.

Calls attention to threats in plain sight but overlooked by our policy makers and strategists. Taiwan, a vigorous democracy at the confluence of the contested East and South China Seas … exists under often-declared threat. It is the most consequential political and military challenge of our times.

A comprehensive and insightful treatment of one of the most significant geopolitical military challenges facing the United States … a conflict over Taiwan has the potential to explode as the PRC grows in economic and military power. Ian Easton sheds light on a potential reality that we must be well prepared to handle.

A powerful and thought-provoking study helping policy makers as well as experts reshape their perceptions and analysis … in an ever changing and dire Taiwan Strait. It is a must-read book for those who hold power to protect Taiwan as a beacon of democracy.

An extremely readable and informative text describing the most dangerous, destructive, and least likely option in the Taiwan Strait … clearly illustrates why deterrence of such an event should be Taiwan’s and America’s primary objective in cross-strait relations.

While much of the world has forgotten the importance of Taiwan to the peace and stability of the Asia Pacific region … Mr. Easton’s well-sourced and clearly enunciated work reminds us all of the likelihood and cost of war and the price of freedom.

14 possible landing beaches, 4 weeks of permissive weather twice a year, and 1,000 individual targets for air strikes in the run-up to an invasion. These are some of the facts and figures readers will take away from this unique and indispensable trove of insights into the PLA’s preparations…. This is an authoritative exposé of the PRC’s offensive plans.

The threat is not the threat itself. The real threat is the connection between the threats…. How to obtain a clear picture? The author crafts a detailed roadmap for the audience to discover. Bravo Zulu!

In this carefully researched and forcefully argued study, Ian Easton draws on a wide range of Chinese-language sources from both sides of the Taiwan Strait to describe how a conflict there might start, how it would likely be fought and how it might end … explains why the outcome would matter to the United States and how, through a mix of measured diplomacy and prudent military preparations, deterrence can be maintained and peace preserved.”

—Aaron Friedberg, author of A Contest for Supremacy, Professor at Princeton University

This book is a “Must Read” for China watchers and Asia strategists alike. Ian Easton’s impressive research analyzes one of the most dangerous flashpoints in Asia…. It makes a powerful case for deterrence and for changes in U.S. and Taiwan force posture to deal with this looming contingency.

Ian Easton is a research fellow at the Project 2049 Institute. He previously was a visiting fellow at the Japan Institute for International Affairs (JIIA) in Tokyo, and a China analyst at the Center for Naval Analyses (CNA Corporation). His research has been featured in the New York Times, the Associated Press, Reuters, U.S. News & World Report, Newsweek Japan, and many other media outlets in the United States and Asia. Ian has testified before the U.S.-China Economic and Security Review Commission and given lectures at the U.S. Naval War College, Japan’s National Defense Academy, and Taiwan’s National Defense University. 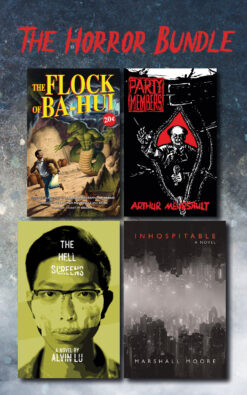 In the Footsteps of Genghis Khan 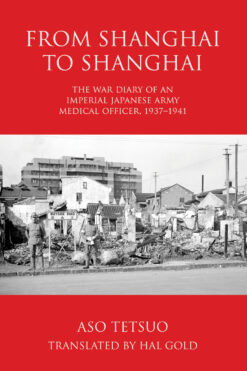