Portrait of An American Mother

The Exile: Portrait of an American Mother is Pearl S. Buck’s intensely moving memoir of her mother, Caroline (Carrie) Stulting Sydenstricker, who set off to China as the bride of a zealous Presbyterian missionary in 1880. She would spend the rest of her life there, enduring a harsh, isolated existence in the poor, hostile interior of China. She struggled to keep her family safe and healthy, her first three children dying young and the fourth, Pearl, narrowly escaping the same fate. Carrie’s husband was often far away preaching, and, even when at home, he was a distant figure whose singular focus on “the Work” brought hardship to the family. With courage and determination, Carrie persisted, successfully raising the family and administering to the Chinese in practical, informal ways.

Buck wrote a draft of The Exile immediately after her mother’s death in 1921, pouring her raw emotions into this heroic, loving portrait. However, the book was not published until January, 1936. It was such a critical and popular success that Buck immediately set to writing a companion biography of her father, Fighting Angel, which was published later that year to similar acclaim. When, in 1938, Pearl S. Buck became the first American woman to be awarded the Nobel Prize for Literature, it was not only “for her rich and truly epic descriptions of peasant life in China” but also “for her biographical masterpieces.”

As well as being a beautifully written account of a dramatic life, The Exile reveals Buck herself more deeply than in her other works, showing the profound influence her mother had on Buck’s life and her novels. 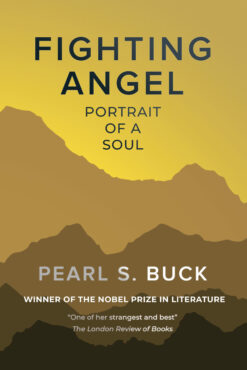