An Historical and Geographical Description of Formosa

In one of history’s most audacious hoaxes, a mysterious George Psalmanazar arrived in England in 1702 claiming to be a native of the island of Formosa. His An Historical and Geographical Description of Formosa, published two years later, was a sensation, and the author became a minor celebrity, giving lectures to large audiences, speaking before the Royal Geographical Society, and receiving an invitation to teach the “Formosan” language at Oxford (a language he had invented himself, and samples of which are given in his book).

Psalmanazar’s Description is an amazing hodgepodge of oriental exoticism, wild imagination, borrowed tales, and religious philosophy. The religion-heavy first third of the book describes how Psalmanazar was supposedly abducted from Formosa by a Jesuit priest and carried off to France. Despite threats of torture, he refused to become a Roman Catholic, and, after managing to escape, he instead converted to Protestantism, claims which greatly endeared him to his English hosts. Although most readers will find this section dull, the rest of the book is a phantasmagoric delight; Psalmanazar’s Taiwan is a land of good governance yet one where ritual human sacrifice happens on a massive scale; it is a fertile land of splendid wealth, where “Temples and Houses are often cover’d with Gold, both in cities and Villages….” and where exotic beasts abound, including “Elephants, Rhinocerots, Camels, Sea-Horses, all which are tame, and very useful for the service of Man.”

Who Psalmanazar was we’ll probably never know, because he took his real name to the grave. However, his autobiography published posthumously in 1764 answers some questions. He was from southern France, had dropped out of university to lead a vagabond’s life, and assumed the identity a Japanese pilgrim converted to Christianity. A chance encounter with an unscrupulous chaplain, William Innes, lead to a collaboration; Innes encouraged Psalmanazar to elaborate the hoax, changing his supposed origin from Japan to Formosa, and took him to England. Psalmanazar wrote much of original draft in Latin and it is likely that Innes translated it into English. 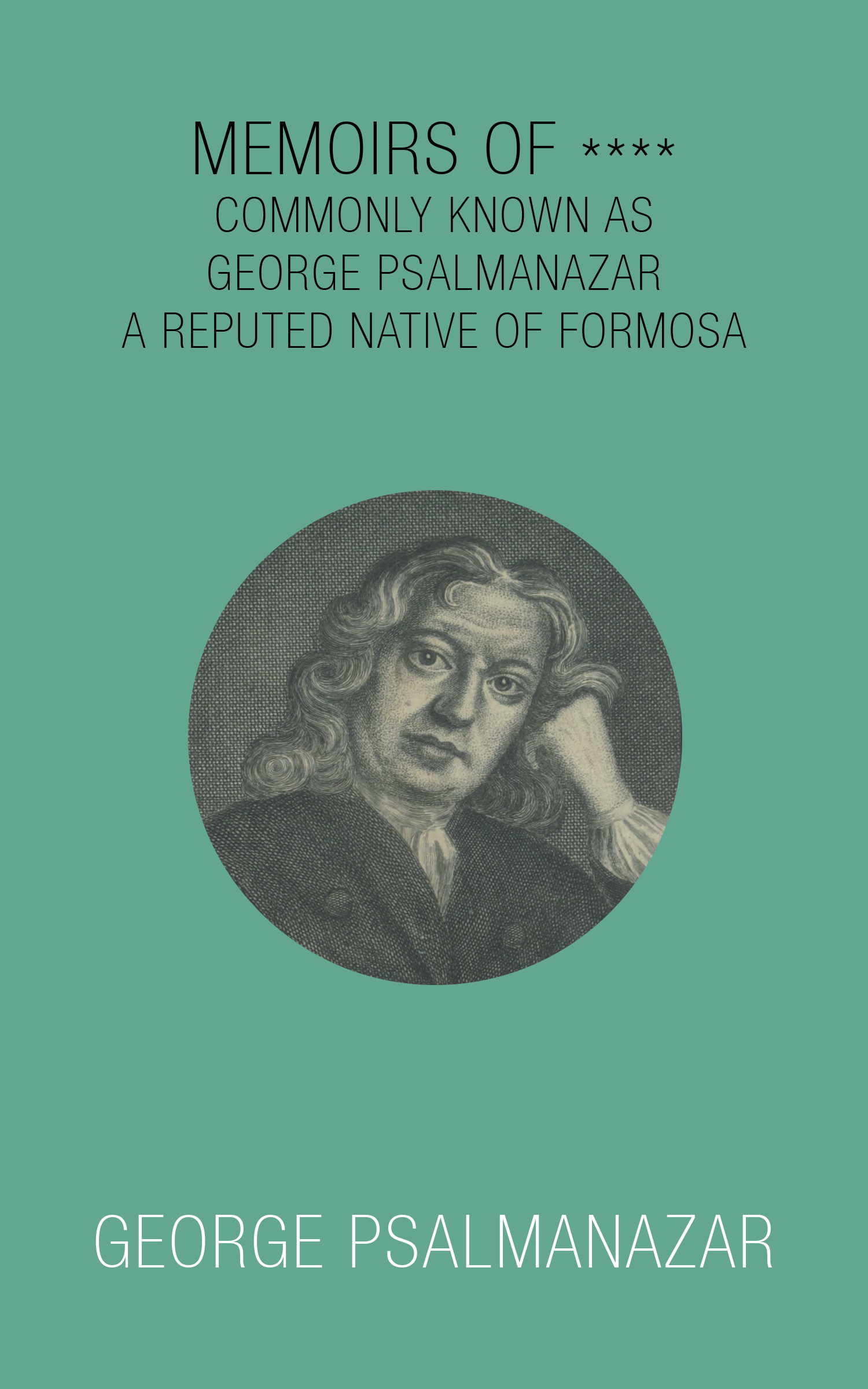