Commonly Known As George Psalmanazar: A Reputed Native Of Formosa

In the early 1700s a man who called himself George Psalmanazar perpetrated one of the greatest hoaxes in history. He posed as a native of Formosa (now Taiwan) though he had probably never left Europe. He constructed an elaborate narrative of the life and customs of the island, concocted entirely from his imagination – an account including human sacrifices, elephants, temples covered in gold, and a wise and just king.

He was fêted among the great and the good of London, and wrote An Historical and Geographical Description of Formosa to cement his fame. When his web of deceit finally fell apart, he descended into a prodigious opium addiction before resurfacing and regaining something like respectability in his later life – he became deeply religious, wrote for a living, and was counted as a close friend by Samuel Johnson among others.

The Memoirs of **** is Psalmanazar’s attempt to come clean about his youthful deception, and both includes a wealth of detail about his early life and paints a fascinating picture of London at the beginning of the eighteenth century. The one secret he carried with him to his grave, however, was his true birth name. 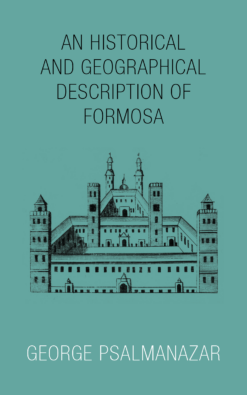 An Historical and Geographical Description of Formosa